Aviation in the DRC (CA)

It was reported that Mobutu Seso Seko president of then Zaire chartered the Concorde to visit his dentist in Paris. He built a runway long enough to land the Concorde in the rain forests near his home town of Gbadolite on the border the Central African Republic in the far North of the country which remains one of Africa’s longest runways.

The Democratic Republic of Congo (DRC) is a country of 2.3m square kilometres which straddles the Equator and borders nine other central African countries and is ideally positioned to be an air traffic hub between Europe and Southern Africa. Air travel in Africa follows a ‘hub-spoke’ pattern with international long-haul and regional carriers flying to major centres from where passengers and cargo are dispatched to their destination on regional or domestic flights.

If it is to achieve hub status the DRC aviation industry requires a significant raising of safety standards as 50% of all African air crashes, or 22 per annum, occur in the DRC. All DRC registered airlines are blacklisted by the European Union and in their attempt to more rigorously impose air control legislation the DRC’s Air Transportation Board revoked the licenses of 13 local airlines in the first quarter of this year.

The DRC has 54 airports of which 26 have paved runways. The French company Alpha Airport is currently erecting a temporary terminal at the N’Djili-Kinshasa International Airport and a feasibility study is being conducted to build a new terminal at a cost of R6bn. An R190m upgrade of the runway and control tower at the Lubumbashi_Luano International airport was completed last year.

The DRC is endowed, or perhaps cursed, with abundant natural resources such as copper, iron, gold, diamonds, tin, tungsten, tantalum and oil and has been brutalised by colonialists and successive African ‘strong-men’ which is why it remains one of the poorest countries in the world. While it was a Belgium colony the practice of cutting off hands of workers for not meeting production targets in the rubber plantations was introduced by Leopold II and Mobutu’s rise to power and the consequent murder of inspirational leader Patrice Lumumba was orchestrated by the CIA for which they should hang their heads in shame.

In 2013 the DRC experienced its eleventh consecutive year of economic growth achieving an 8.2% rise in GDP in that year and the IMF predicts average growth of 8.6% for the years 2013 to 2017. Boeing forecasts an annual growth in air traffic on the continent of 6% for the next 16 years and in countries like the DRC, where road and rail infrastructure is poor, air travel is the most reliable mode for both passenger and freight.

The inexorable economic rise of the African continent creates many spaces to be filled not least of which is dire need for new and replacement infrastructure.

• McGregor is MD of Who Owns Whom

Where to From Here for the Aviation Industry in South Africa

One cannot avoid thinking about SAA when talking about aviation in South Africa, but reading the latest WOW report on aviation, one realises that aviation is so much more than... 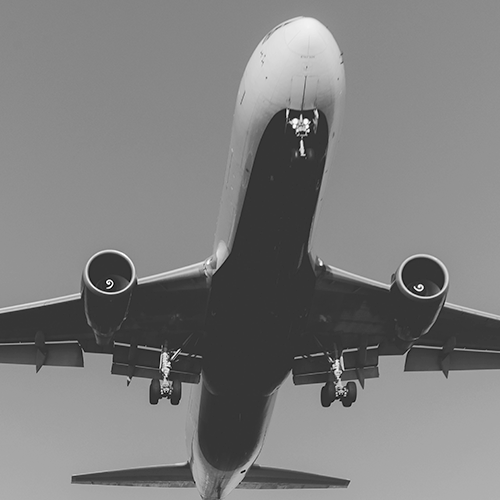