My wife and I have moved to sharing a car and as a result are regular users of Uber whose drivers are some of the finest philosophers and have some wonderful stories to tell. The driver taking us to OR Tambo recalled how he had recently collected a Ghanaian passenger from OR Tambo ostensibly to take him downtown but was told by his passenger that he wanted to go to Cape Town. The passenger paid him R11,000 in cash, paid for the petrol and put our driver up at a hotel in Three Sisters and again when they arrived in Cape Town. He said he did not know what was in the suitcase in his boot and neither did he want to know.

Another Uber trip coincided with a strike by the Gautrain bus drivers and while this worked in my driver’s favour, he was a socially responsible fellow and aired his view that it was the Gautrain commuters who were most inconvenienced by the strike action. He gave an example of a recent strike by Japanese bus drivers where bus services were provided as usual but the drivers refused to accept any payment from the passengers so the strike repercussions were felt by the bosses only. Perhaps the Gautrain bus drivers need to consider this model when they next have a grievance. 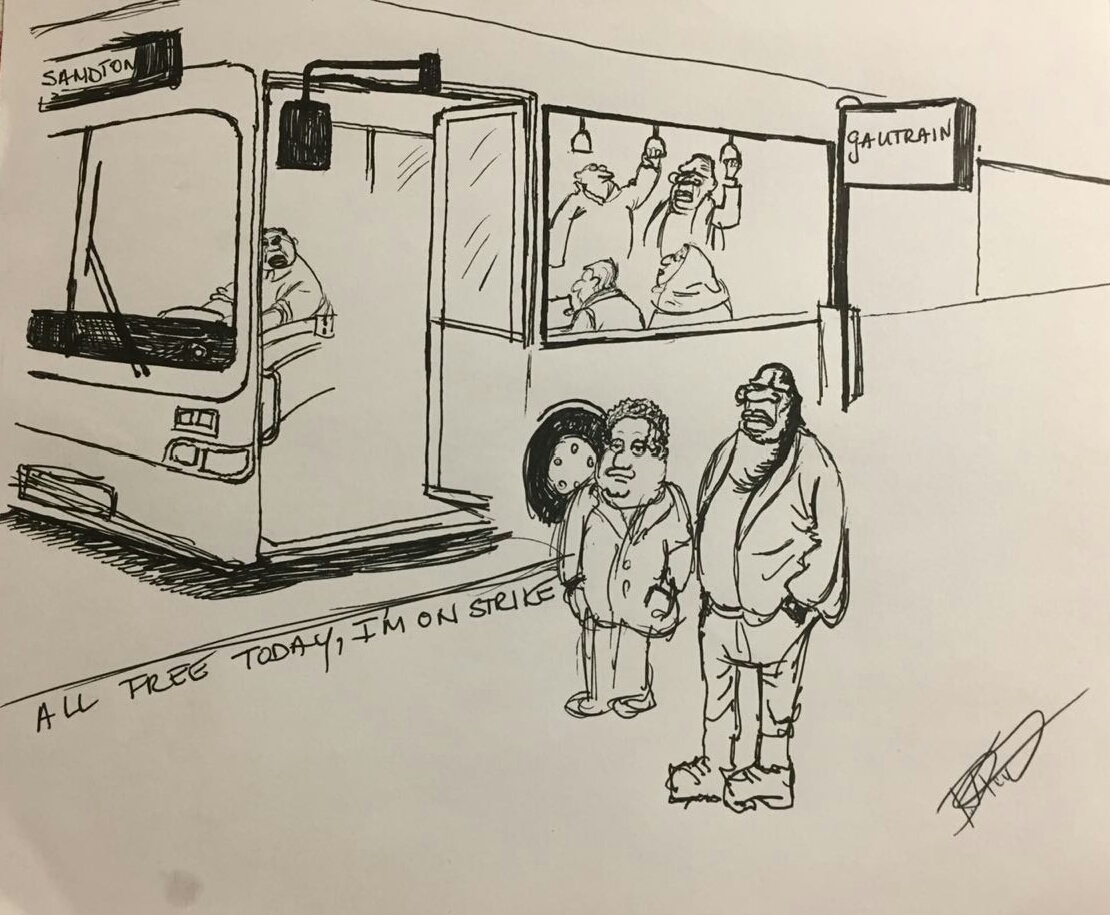