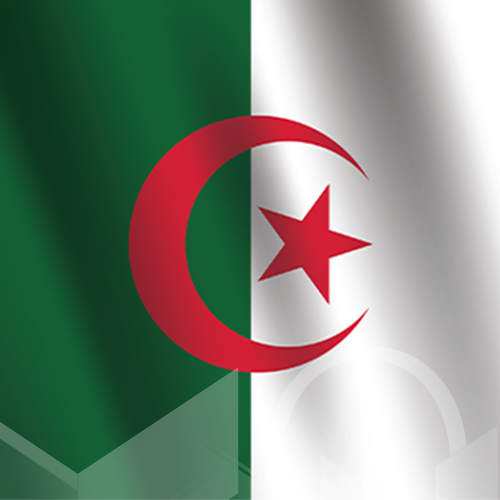 Algeria is a North African country with a 1,600km coastline on the Mediterranean. It has a GDP of US$145bn and a population of 44 million of which just over 500,000 are a diaspora in France, which was its colonial ruler. The economy is underpinned by deposits of fossil fuels and manufacture of petroleum. It founded a stock exchange in 1997 which has attracted no listings.

The temporary fall in global oil prices, coupled with the decline in export volumes, caused a steep fall in hydrocarbon export revenues.

Algeria’s slow pace of vaccination suggests that some containment measures could remain in place in 2022. As a result, although the hydrocarbon industry is expected to rebound in 2021, activity in the rest of the economy will be slow to recover amid employment and earnings losses and low consumer and business confidence. Starting with a Socio-Economic Recovery Plan, the Algerian authorities have announced a longstanding reform effort to shift the economy toward a sustainable, private sector-led model, transition to renewable energy, reduce severe imbalances in the country’s macroeconomy, and protect the population’s livelihoods.

In the past two decades, the hydrocarbon boom has allowed Algeria to make advances in economic and human development. Algeria is considered to have achieved universal primary education, with a 97% primary net enrolment rate in 2015 (with gender parity) and has lifted higher education enrolment rates.

Like other oil-exporting countries across the North Africa region, Algeria will need to shift toward a more diversified economy to lift job prospects in the country, which are crucial given its young demographic profile.