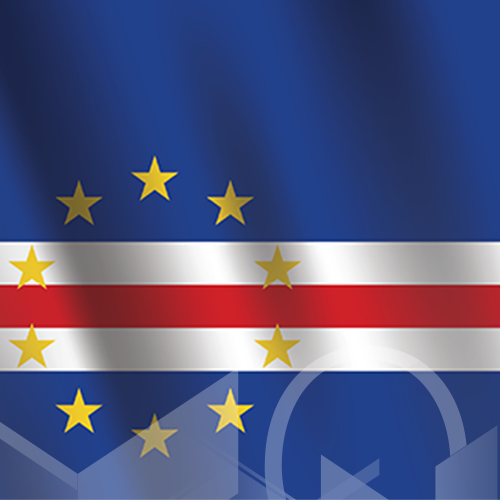 Located 500 kilometres off the west coast of Africa, Cabo Verde is an archipelago of 10 islands. The country has an estimated population of 520,500 who live on nine of the islands. Only 10% of its territory is classified as arable land, and the country possesses limited mineral resources.

Political Context
Politics in Cabo Verde have been largely consensus-oriented, and since its independence from Portugal in 1975, Cabo Verde has not experienced a single coup d'etat. Elections are considered free and fair, and parties in power alternate regularly.

The current Government of Cabo Verde has been in office since the presidential and parliamentary elections of 2016, which led to a change with the victory of the opposition Movimento para Democracia (MpD) after 15 years of government under the Partido Africano da Independencia de Cabo Verde (PAICV). These two parties dominate Cabo Verde's political scene and are both fairly centrist. There is also a third party, the Uniao Caboverdiana Independente e DemocrÃ¡tica (UCID), which slightly increased its share of votes. Municipal elections were also held in August 2016. The MpD won 18 of 22 municipalities, and they successfully supported the re-election of President Jorge Carlos Fonseca.

Economic Overview
Cabo Verde's economy is driven by tourism grounded in year-round attractive weather, beautiful beaches stable democracy, limited security risks and proximity to Europe. The country's small population is spread across nine islands that are scattered within a large water area constitutes a major constraint to growth and development. It limits economies of scale, and creates significant connectivity issues, as well as challenges for service delivery including energy, water, education, health. Despite the challenges associated with being a small island economy, Cabo Verde witnessed spectacular social and economic progress between 1990 and 2008, driven mainly by the rapid development of inclusive tourist resorts. During the period of 2009-2015, economic growth decelerated significantly, a result of the protracted impact of the global financial crisis.

Countercyclical fiscal measures did not restore growth and instead led to a sharp increase in the stock of debt.

Gross domestic product (GDP) growth recovery started in 2016 and is estimated to have reached 4.5% in 2018, driven primarily by exports and investments. Robust growth in the industrial sector and commerce supported the pick-up in economic activities. Agriculture, which employs 15% of the population, continues to be adversely affected by the impact of the year-long drought in 2017. The fiscal balance is estimated to have improved by 0.1 percentage point to 3% in 2018 owing to a pickup in revenues. Total revenues reached 28.7% of GDP in 2018. Both tax and non-tax revenues expanded to counter a sharp fall in grants. Total expenditures remained flat at 31.6% of GDP as capital spending was reduced to accommodate higher spending on wages and goods and services.

The stock of public debt rose from 126% to 129.1% percent of GDP in 2018, reflecting increased support to select state-owned entities. The country remains at high risk of external debt distress.

The current account deficit fell to 4.9% of GDP in 2018. The normalization of fish exports to Europe and a decline in imports were among the main factors influencing the lower deficit. The deficit was financed through a combination of official and private capital inflows and a drawdown in reserves.

Cabo Verde's monetary policy is closely aligned with Europe with the local currency pegged to the Euro. With inflation expectations relatively low and limited pressure on the peg, monetary policy remained accommodative. The policy rate has been at 1.5% since June 2017.

Consolidating its achievements as a middle-income country and further strengthening the conditions for poverty reduction and boosting shared prosperity require efforts to boost human capital, reduce public debt, improve the effectiveness of the public sector, strengthen connectivity, and build resilience to natural disasters. With its small open economy, the country is vulnerable to the vagaries of global economic developments. Given the fixed exchange rate with the Euro, it will be vital for the country to rebuild fiscal buffers to absorb future shocks. Diversification within and beyond the tourism sector, and more flexible labour markets can help to absorb shocks.