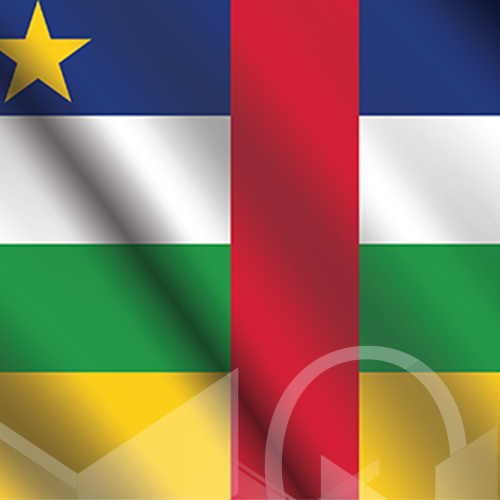 After slowing at 3.8% in 2018, the annual Gross Domestic Product (GDP) growth rebounded to 4.8% in 2019 as the signing of the peace agreement in February 2019 stimulated economic activities. Inflation increased from 1.6 in 2018 to 3.2 in 2019, and the external position improved with the rise in official transfers. Although the economy has grown faster than that of the countries of the Economic and Monetary Community of Central African States (CEMAC in French) and sub-Saharan Africa, it is still lagging behind comparable countries (known as structural peers, such as Burkina Faso, Malawi, Mali, Niger, and Uganda) and countries that have had a development trajectory that can serve as an example (known as aspirational peers, such as Rwanda).

Although in 1960, real GDP per capita was twice as high in the CAR as in Rwanda, it is now twice as low. The country has not experienced a period of sustained growth since independence, due to a succession of recessions due to armed conflicts and coups d'état. The 2013 crisis was particularly harmful. Poverty remains pervasive, with nearly 3.4 million people – 71 percent of the population – living below the international poverty line (US$ 1.90 per day, 2011 PPP) in 2018. CAR's economic outlook is positive, however, thanks to the signing of the Political Agreement for Peace and Reconciliation in February 2019, and forecasts growth of 4.8% in the medium term.

Public debt increased from 69.2% of GDP in 2014 to 48.5% in 2018. Although, CAR still presents a high risk of debt overhang, its efforts to rationalize public expenditure and resolve domestic arrears have enabled it to post better public debt trends than CEMAC and sub-Saharan African countries on average and to come closer to the debt levels of its peers. Going forward, the Government intends to continue on this path by rationalizing public expenditure and monitoring the recruitment of civil servants for more efficient management of the wage bill.

The government has limited capacity to deliver basic services due to inadequate funding in social sectors and is significantly lower than all comparators. For example, the education sector budget is low and highly reliant on donor financing. As of 2016, public spending in education represents only 1.3% of GDP, which is far below the recommended best practice levels of 4 to 6% of GDP by the Global Partnership for Education. This situation did not change much over time. CAR’s tax revenue is 4 percent of GDP below potential and under their pre-crisis level due primarily to the low tax base and tax effort, inefficient tax administrations, and pervasive informal sector. Strengthening domestic revenue mobilization will support basic public goods and services provision, support economic growth, and reduce the government's debt burden.