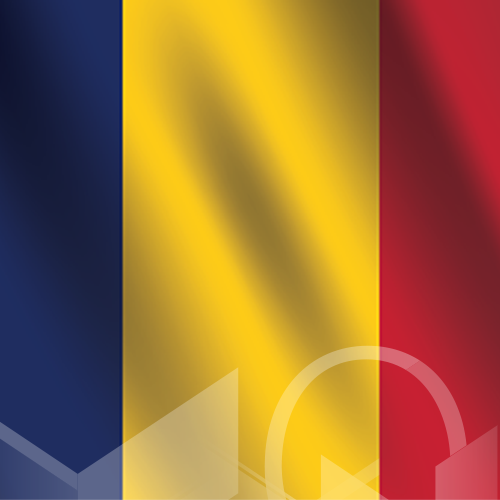 A landlocked Sahelian country in central Africa, Chad grapples with security challenges associated with conflicts in bordering countries as well as the impacts of climate change, which is exacerbating desertification and the drying up of Lake Chad.

President Idriss Deby Itno and his party, the Patriotic Salvation Movement, have dominated Chadian politics since ascending to power in December 1990. The new constitution, promulgated in 2018, allows the President to run for two additional consecutive terms of six years when his current term comes to an end in 2021. Legislative and municipal elections, which were postponed several times, are expected to be held in the first quarter of 2020.

Chad joined the list of oil-producing countries in 2003 and since then its economy has been heavily dependent on oil. The country’s previously agrarian economy saw per capita GDP grow from about $497 in 2001/02 (which was less than half of the average in Sub-Saharan Africa) to almost $823 in 2017. After two years of a deep recession caused by the drop in oil prices, the economy showed signs of recovery in 2018, with the GDP growth rate projected to reach 2.6% as a result of the rise in oil prices and in oil and agricultural production.

The external current account deficit fell from 6.6% to 4.7% between 2018 and 2019 as a result of the hike in oil prices and strong oil export performance. The government is continuing its fiscal accommodation efforts by mobilizing revenue and controlling recurrent costs.

In June 2018, Chad finalized the restructuring of its oil-collateralized loan with the Glencore petroleum company. This agreement and the planned clearance of arrears is expected to reduce the public debt-to-GDP ratio from 51.9% in 2017 to 41.2% in 2020. Nevertheless, the risk of external debt overhang remains high.

In the medium term, oil exports will remain a key driver of GDP growth. Moreover, the privatization of the public cotton company is expected to considerably improve the contribution of the agricultural sector to GDP growth. Moderate growth is expected in 2019 owing to an anticipated drop in oil prices. However, the projected increase in oil production will stimulate investment and exports in 2020.
Chad’s economy remains fragile and is vulnerable to considerable risk, such as oil price volatility and regional insecurity. Chad would benefit from investment in key sectors, such as infrastructure, education, and health, to mitigate these risks.

With more than 450,000 refugees from Sudan, the Central African Republic, and Nigeria, Chad continues to grapple with the consequences of tension in neighbouring countries and hosts a high number of refugees, who represent approximately 4% of the country’s total population.

Although Chad had made progress on poverty reduction, with a decline in the national poverty rate from 55% to 47% between 2003 and 2011, the number of poor people is projected to increase from 4.7 million to 6.3 million between 2011 and 2019. Chad occupies last place on the World Bank’s Human Capital Index. A child born in Chad today will be 29% less productive in adulthood than a child who received a quality education and benefited from appropriate health services. Moreover, 20% of Chadian children will not make it to their fifth birthday, and 40% of children suffer from stunting, which can have long-term implications for their cognitive development. Between the ages of 4 and 18, on average, children in Chad spend no more than five years in school.

Chad also has one of the highest maternal mortality rates in central Africa, with 856 deaths for every 100,000 live births. This phenomenon is aggravated by the high number of early pregnancies (164.5 births per 1,000 adolescents aged 15 to 19), which often lead to complications for the adolescents.