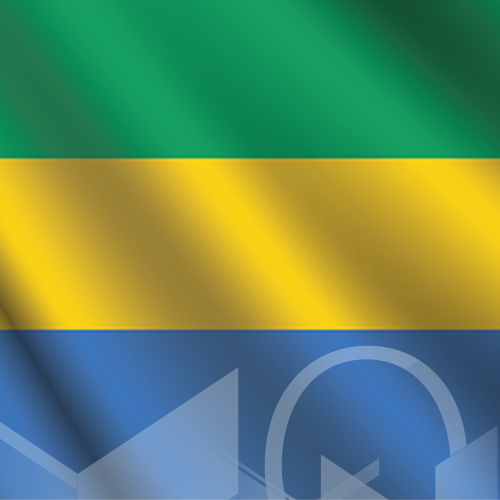 Gabon is an upper-middle-income country. The fifth largest oil producer in Africa, it has had strong economic growth over the past decade, driven by its production of oil and manganese. The oil sector has accounted for 80% of exports, 45% of GDP, and 60% of fiscal revenue on average over the past five years. However, as the country is facing a decline in its oil reserves, the Gabonese government has decided to diversify its economy.

Gabon's fiscal position worsened in 2015, with the country recording a fiscal deficit for the first time since 1998. Despite the government's attempts to rein in expenditure and offset the decline in oil revenue, Gabon's economy stalled in 2017 and was projected to grow by 0.8% in 2018 compared to 0.5% in 2017.

This trend is attributable to limited expansion of the secondary and tertiary sectors, impacted by the decline in public expenditure. However, higher prices for crude oil, manganese, and rubber - exported by the country - contributed to growth in the primary sector. Growth could rebound to 2.9% in 2019, driven by non-extractive sectors like agribusiness and upgraded transport and communication networks.

The government has launched an audit of the public service payroll: its initial steps included the decision to pay civil servants with vouchers and to carry out physical-presence checks to identify ghost workers. The cabinets of the President and the Prime Minister have reduced their staff by 40%. The government also extended the hiring freeze for another three years' except for social sectors.