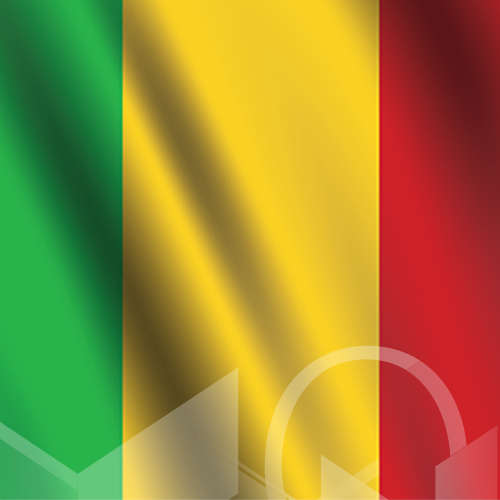 The impact of the coronavirus (COVID-19) pandemic on the Malian economy has, thus far, been limited. As a net oil importer, the country is benefiting from the sharp drop in the price of crude. Mali's main export item is gold, a traditional safe haven in times of crisis. Consequently, the crisis is expected to lead to an improvement in its terms of trade, which would facilitate a reduction of the current account deficit.

These potential positive effects must, however, be viewed in perspective, especially since Mali faces the risk of a collapse in the prices of its agricultural exports and lower demand in the Euro zone. Furthermore, if the direct effects of the slowdown in China's economic activity on Malian exports are moderate, Mali could experience importation difficulties in a situation where international value chains are disrupted.

Using a baseline scenario in which China and the European Union experience a modest economic downturn and oil prices decline by 25%, Mali"s GDP growth is projected to fall to 4.9% in 2020, against 5.1% in 2019.

In a more pessimistic scenario in which oil prices decline by 50%, the global economy experiences a very sharp downturn, and the virus spreads significantly among the Malian population, the impact on the Malian economy would be far greater. Social distancing measures and the lack of medical infrastructure to cope with the health crisis would disrupt domestic economic activity, leading to a roughly 4% decline in real GDP growth.

Mali has the fiscal and monetary space to implement countercyclical policies. It could, however, have difficulty sustaining itself financially in a context of global uncertainty and risk aversion on the part of investors. In the short term, it would be to the government's advantage to redirect expenditure toward public health services and take steps to increase its sources of revenue, including revenue from international technical and financial partners.