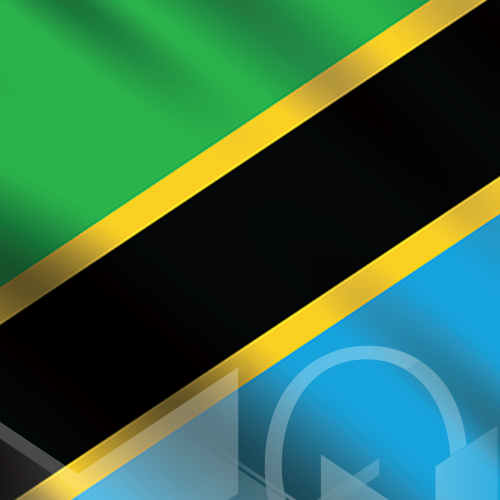 Tanzania’s economy is heavily dependent on agriculture sector which employs 66% of the labour force and agricultural products comprise 30% of exports. The major food crops are maize, cassava, rice, potatoes, sweet potatoes and bananas, while the main cash crops are coffee, cotton, sugar cane, tea, cashew nuts, tobacco, sesame seeds and sisal. Reliance on erratic rainfall, limited use of improved seeds and fertilisers, and low levels of cultivation of arable land are preventing Tanzania from reaching its full production potential. Growth of the agricultural sector is also constrained by a lack of infrastructure, including poor road transport especially in rural areas.

Tanzania, with a large population of 58m is among the most politically stable countries in Africa and has Kiswahili and English as official languages. The country has three international airports, namely Dar es Salaam, Kilimanjaro and Zanzibar and more than 50 local airports and airstrips, since air services are the most widely used form of local transport for official and business travel, due to the Over the past decade (2010-2019) Tanzania’s economy experienced strong growth with an average real GDP increase of 6.3% while in 2019, Tanzania’s GDP growth rate slowed to 5.8%. Tanzania’s GDP reached USD 55.5 billion in 2019, making it the 2nd largest economy in East Africa after Kenya and the 10th largest in Africa. The leading contributors to economy of Tanzania in 2018 were construction (23%), followed by trade and repair (11.1%), agriculture (10.7%), manufacturing (10%), information and communication (9.5%), transport and storage (7.3%), mining (5.2%), and others (23.1%). The World Bank (WB) forecasts the economic growth of Tanzania to slow sharply in 2020, to 2.5% because of the impact of the COVID pandemic on the Tanzanian economy which has affected the labour market, production capacity, and productivity. Tourism has halted, and exports of manufacturing and agricultural goods slumped. In June 2020, the IMF approved debt relief to provide Tanzania USD 14.3 million in grant over the next 4 months, and potentially up to USD 25.7 million over the next 23 months, to free up resources for public sector health needs and other emergency spending, as well as mitigate the balance of payments shock resulting from the pandemic. In 2019, Tanzania’s annual inflation rate remained at 3.5%, similar to 2018, while it has significantly decreased from the 6.2% in 2010. The WB classifies Tanzania as a lower middle-income economy with a GNI per capita of USD 1,080 in 2019, against an average of USD 1,550 in Sub-Saharan Africa. Tanzania’s budget focuses on the country’s development plan to build an industrial economy and improve the welfare of the citizens. To facilitate this, the focus of Tanzania’s 2020/21 budget will be on projects that utilize raw materials within agriculture, mining, and natural gas. In 2018, Tanzania’s FDI net inflows were USD 1.1 billion representing an 18% increase compared to 2017 (USD 938 million). Tanzania is drawing external investments mostly to the mining sector, the oil and gas industry, and agriculture. Tanzania Gross Domestic Product (GDP) Tanzania’s real GDP reached USD 55.4 billion in 2019 versus USD 52.4 billion in 2018 and USD 32 billion in 2010 with an average year-on-year growth of 6.3%. Tanzania’s annual GDP growth rate of 6.3% over the past 10 years (2010-2019) placed the country among the 20 fastest growing economies in the world, beating the Sub-Saharan Africa average GDP growth rate of 3.5% during the same period. However, the GDP growth of Tanzania has been slowing down in recent years, from a peak of 7.7% in 2011 to 5.8% in 2019.


Source: Who Owns Whom reports and TanziniaInvest

The Agri-Business Sector in Tanzania