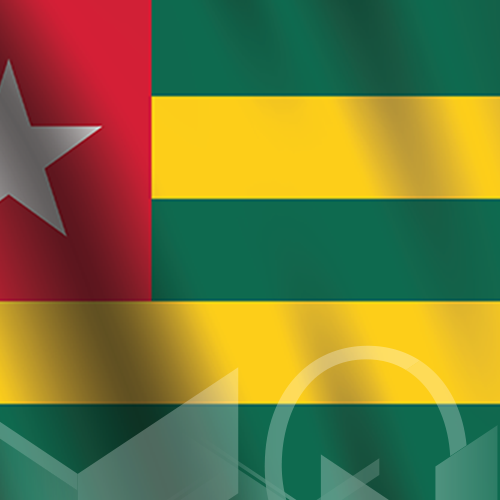 In 1960, the Togolese Republic achieved independence from France, now one of its main trading partners. Togo has the 38th largest economy in Africa with a GDP of US$5.3bn which, in 2019, grew by 5.3% from 4.9% in 2018. This performance has been driven by domestic demand as some export-oriented sectors have been under pressure. According to updated IMF forecasts from 14 April 2020, due to the outbreak of coronavirus, GDP growth is expected to slow to 1% in 2020 and pick up to 4% in 2021, subject to the post-pandemic global economic recovery.

While Togo has been subject to negative external factors, including the impact of the economic slowdown in Nigeria and lower commodity prices for its main exports such as phosphates and clinker, its government has pursued an ambitious public investment programme. It has also tackled its public debt, which was 72.6% of GDP in 2019, down from 81% in 2016, and embarked on fiscal consolidation efforts.

Authorities have also implemented structural reforms aimed at boosting revenue collection. These include the creation and harmonisation of tax identification numbers, reduction of compliance costs using tele-procedures and reduction of tax exemptions. Togo also plans to adopt programme-based budgeting from 2021 to improve the efficiency of public expenditure.

Efforts to reform the country and make it more business-friendly have resulted in an improved ranking in the World Bank's latest Doing Business report, and the index ranks it among the world's top reformers.

It has great potential in terms of agriculture, which accounts for 28% of GDP and employs 62.5% of the workforce. The country has clinker deposits, which fuel a dynamic cement industry. The Lome Port is a major asset as one of the largest ports in the West African region, and the transport of goods to neighbouring countries has led to the creation of a services industry. The industrial sector, which has been underdeveloped for years, is being privatised. In the future, major mining groups such as Elenilto and Wengfu, which are developing a phosphate and fertiliser project, should start operating in Togo. These developments should help improve electricity supply in the country, as currently only 46.9% of the population has access to electricity, according to the World Bank.

Despite the various economic improvements and in spite of the government's efforts, the poverty rate remains high, with more than 55% of the population living in poverty, and Togo continues to rely heavily on foreign aid. Togo is ranked 167th in the United Nations Development Programme human development index ranking. Its unemployment rate was estimated by the World Bank at 1.7% in 2019.

The country recorded a low inflation rate, estimated by the IMF at 0.7% in 2019.