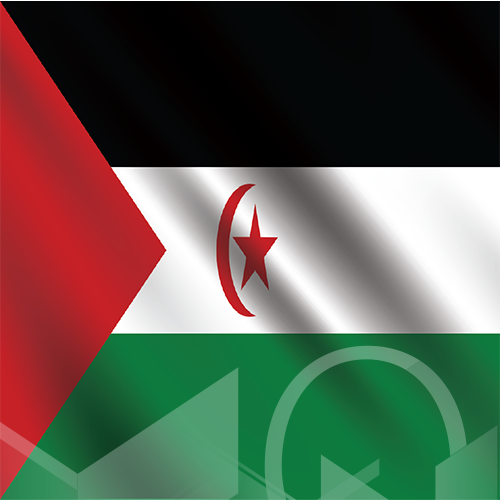 Western Sahara has a population of 652000 and a GDP of approximately $US1bn.

Formerly the colony Spanish Sahara, is a disputed territory in the Maghreb region claimed by both the Kingdom of Morocco and the Sahrawi/Saharan Arab Democratic Republic (SADR). The territory is included in the UN's List of Non-Self-Governing Territories. It is, in fact, the largest and most populous territory on this list.

The territory is bordered by Morocco in the north, Algeria in the northeast, and Mauritania in the southeast. The Western Saharan economy is based almost entirely on saltwater fishing and phosphate mining. The region lacks sufficient rainfall and fresh water resources for large-scale agriculture. There is speculation that there may be off-shore oil and natural gas fields, but it is arguable whether these resources can ever be legally or profitably exploited.

Morocco controls approximately 80% of the territory and administers it officially as the "Southern Provinces" consisting of the Ri­o de Oro and Saguia el-Hamra regions. The SADR controls the remaining 20% as "liberated territories". An UN-monitored ceasefire has been in effect since 1991.

As of 2017, no other member state of the United Nations has ever officially recognized Moroccan sovereignty over the Western Sahara and the SADR is fully recognised by many states in addition to being a full member of the African Union. Morocco, on the other hand, was re-admitted to the African Union in January, some 33 years after it withdrew from the Organisation of African Unity (the AU's predecessor), in protest of the SADR's membership.