A first reflection on the latest WoW report addressing The Textile Industry in South Africa is that the industry is part of the Clothing and Textiles Competitiveness Programme (now rebooted as the Clothing, Textiles, Footwear & Leather Growth Programme) which is rooted in an Import Substitution Industrialisation policy (ISI), a policy that has been extremely popular in South America from the 1950s to 1980s, with the socialist and communist leanings. Intuitively ISI has been attractive to developing countries and used widely in varying degrees, not only in South America. Its implementation did not always result in successes, in fact its achievements have been the exception rather than the rule.

South Africa is no exception in considering the ISI policy as a solution to its economic growth and job creation ambitions. We often hear for instance: “Why do we continue to export our gold and import jewellery made in Italy from that gold? Why can’t we beneficiate our gold?” Why do we export 80% of locally-produced cotton lint, primarily to regional partners like Zambia, Zimbabwe and Mauritius, where it is spun and woven or knitted into fabric before being re-imported by CTFL manufacturers? The answer to these questions is not that simple.

Should the DTIC, because of the many failures, discard ISI as a poor policy option? Not necessarily. ISI policies essentially focus on local manufacturing, an economic activity that indeed creates jobs, propels economic growth, and engenders prosperity for the population. It is a matter of using the right tools in order to transition to competitiveness.

In recent decades, developed economies have markedly shifted their economic activities toward services and shifted their manufacturing to cheaper labour, developing economies, we have observed consistent and high growth in those countries. Firstly it was Japan, then the East Asian Tigers (Taiwan, South Korea, Singapore) and more recently China. One of the questions that needs to be asked is why those countries and not others like India, Indonesia, Philippines, Africa and South America and so on?

In his book “The Wealth and Poverty of Nations” which was deemed the best economics book by The Economist in 1998, Harvard Prof. David Landes gives some insights he purports contributed to the success of certain nations. Those insights relate to attitude, work ethic and pride.

“So, when the Japanese encountered the Europeans, they went about learning their ways. They copied their arms; they imitated their timekeepers; they converted in large numbers to Christianity. And still felt superior.

Again the parallel with Europe is striking. Japan did not have Calvinism, but its businessmen adopted a similar work ethic. The key lay in the commitment to work rather than to wealth.”

“Because the Japanese home worker was able and willing to put up with hours of grinding, monotonous labour that would have sent the most docile English spinner or pin-maker into spasms of rebellion. The Japanese, for example, had no day of rest, no Sabbath.”

Today the commitment and working hours of Chinese people are legendary. China’s ascension to becoming a leading economy and growing its GDP per capita from 1/3rd of SA’s to twice that of SA’s from 2000 to 2020, has mainly been realised through export oriented manufacturing, not yet services. This pattern shows similarities with the other Asian “Tiger” nations. South Korea for example is known for its cars and electronics, not its In

South Africa is not the only country on the African continent trying to build manufacturing capacity, and in spite of higher capital intensity and labour cost, more textile manufacturing investments have been diverted to other African nations (Tanzania, Kenya etc). Deteriorating infrastructure in South Africa (electricity, rail transport and high cost harbours) aggravates this challenge.

Segmented or partial policy leads to missing links and/or disruptions in the value chain, which has become highly interdependent on every single link in the chain to perform.

We do think that if the policy and programmes are implemented with the right tools within an integrated development plan including infrastructural development and a local manufacturing drive, the Sector can grow and create the much needed jobs and SMME opportunities downstream such as digital printing, clothing design and retailing. 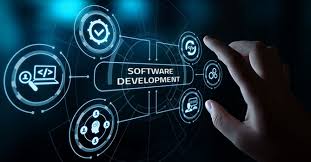