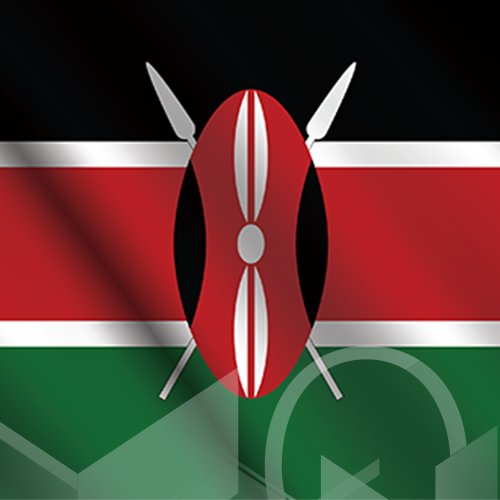 But 2019 started off relatively poorly, with first quarter growth of 5.6% being below expectations, and well below the 6.5% recorded in the same quarter last year. The Kenya National Bureau of Statistics said this reflected a slowdown in agricultural activities due to dry weather.

While the country remains somewhat subject to the vagaries of weather conditions and other external factors such as exchange rates, in line with its African peers, Kenya remains committed to president Uhuru Kenyatta's Big Four agenda - his grand plan focused on manufacturing, affordable housing, universal health coverage and food and nutrition security, to boost economic growth to over 7% a year.

The African Development Bank highlighted a few problems in the economy, including the public debt-to-GDP ratio, that has increased considerably over the past five years, although the current account deficit narrowed to 5.8% of GDP in 2018 from 6.7% in 2017 due to increased manufacturing exports, which helped improve the trade balance.

While economic growth remains relatively strong, Kenya faces the continent-wide problem of inadequate infrastructure, income inequality and high unemployment, although The African Development Bank points out that Kenya's population in extreme poverty has progressively declined from 46% in 2006 to 36% in 2016.

Africa Report said inflation was a concern for Kenya, as recent inflation figures of 6.58% were the highest in 19 months. It said that while government talks about austerity and financial responsibility, its own spending continues apace with Kenyan legislators, “already among the best paid in the world", backdating their housing allowance to August last year.

The recent Budget also showed increased allocations to the presidency, the military "and some of the same administrations that have recently been riddled with corruption and wasteful spending".

The African Development Bank said Kenya has a strategic geographic location with sea access, opportunities for private investors, and the development of oil, gas and coal.

The country has an ongoing infrastructure financing gap and is asking pension funds in South Africa, the United States and the United Kingdom to invest in infrastructure, real estate and affordable housing.

The Telecommunications Industry in Kenya 2022
View Report Add to Cart

The Banking Industry in Kenya

The Banking Industry in Kenya 2021
View Report Add to Cart